Disruptive technologies have become so ubiquitous in today’s society that labour ministers in the G7 will join together in early June to discover how individuals can anticipate jobs within a precarious labour market. In a similar respect, students from the University of Toronto’s School of Public Policy and Governance (SPPG) and the University of Michigan’s Gerald R. Ford School of Public Policy gathered together for the 9th annual Ford-SPPG Conference in Toronto. The conference has at its centre been a policy case competition that challenges students to research and develop solutions to a policy issue facing both the United States and Canada. This year, eight teams of five students, sought to address the rise of precarious work caused by adoption of disruptive technologies. 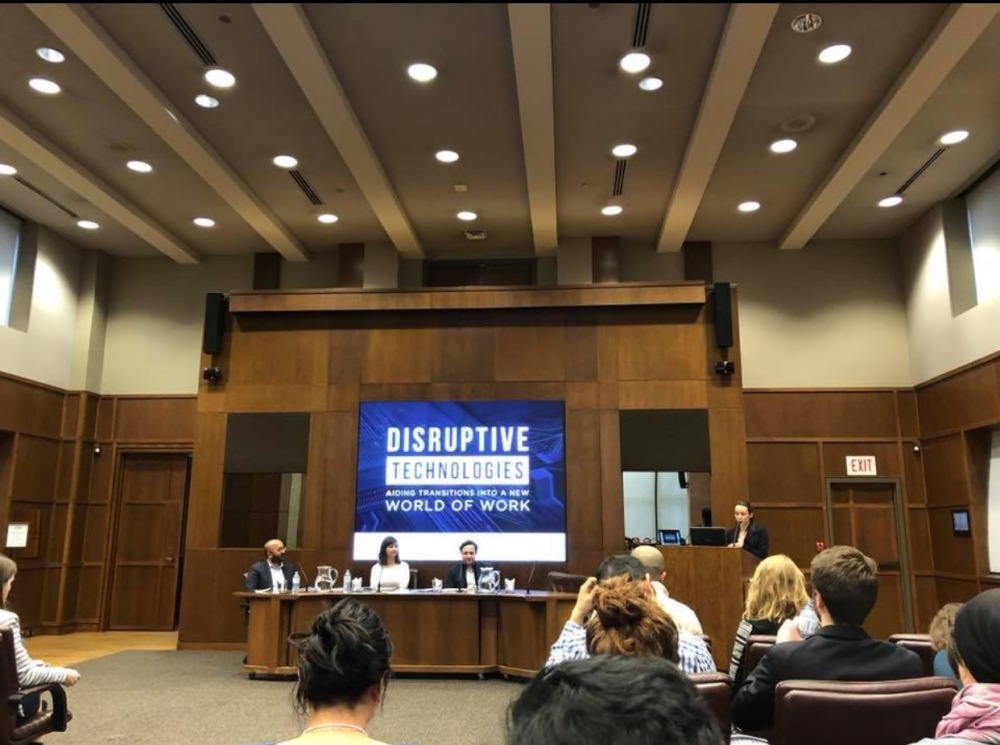 Historically, technological advancement has enabled workers to produce more goods at lower prices and has increased the total number of employment opportunities. However, these technological advancements are powerful enough to disrupt existing economic arrangements. In the short term, they can lead to increased unemployment by having certain tasks completed entirely by machines.

Advanced robotics, automation and other recent advances in technology have fundamentally changed the nature of work in society. Job creation from the increased use of these disruptive technologies has not kept pace with rising job elimination. Furthermore, there are concerns that this phenomenon will exacerbate economic and social inequalities between high skilled individuals, who benefit from automation, and low-skilled individuals, whose jobs are being replaced.

As such, governments across industrialized nations have responded to these developments. In the US, the White House released a report recommending a host of initiatives towards improving re-training programs for workers whose jobs became automated, along with stronger financial protections for new job-seekers. The 2017 Canadian federal budget devoted $1.8 billion towards skills training for workers negatively affected by disruptive technologies. With labour skills gaps, the 2018 Ontario Budget will invest $30 million to enhance capacities of colleges, universities and other training providers to collaborate with employers in key provincial sectors. Despite recent events involving driverless cars, Michigan Governor Rick Snyder has continued support for its development in the state.

The delegates were prompted to address the rising concerns of disruptive technologies for either the post-secondary or transportation sector. They would develop three optional policies which were to be presented to the Regional Council of Governors and Premiers, which included the membership of both Ontario and Michigan. Their suggestions were to serve as advice to the panel in investing constrained resources towards one but not both sectors.

Under this direction, the case question was given as follows:

The conference teams delivered creative policy solutions to address disruptive technologies in both the post-secondary education and transportation sectors. The table below provides a quick overview of some of their policies and goals.

The runner up Team 3 included SPPG students, Sanya Ramnauth and Kevin Hempstead and Ford students, Rachelle Mehdi, Omair Khan and Diana Orozco, pictured below. They proposed an industry co-skilling lab for the postsecondary education sector. It would involve the creation of pilot funds in each province and state to test whether skill improvements are met for participating individuals. Upon its success, new funding would be delivered through revenue from the taxation of machines which replace workers. This would be complemented by a communications strategy with students, employees, postsecondary education institutions, employers and businesses.

SPPG students Scott Surphlis and Jean-Paul St. Rose and Ford students, Kate Blessing-Kawamura, Maxwell Gigle and Anna Pudimat comprised the winning team of the 2018 Ford-SPPG Conference. Their presentation suggested industry-informed education in postsecondary curriculum development. It was framed as a starting point for future policy development and concerns over skills mismatch between employers and job-seekers. Their implementation strategy had a three-pronged approach. The first phase meant securing funding to establish a bi-regional board between Ontario and Michigan. Second, best practices would be developed for demand-driven skills curricula. 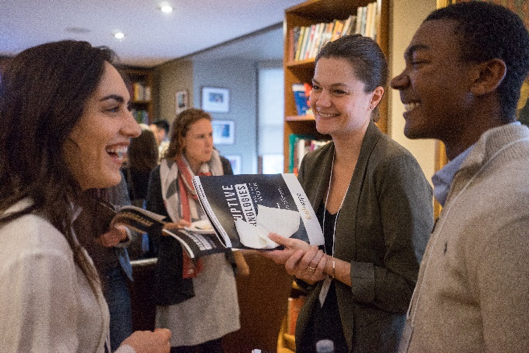 Third, stakeholder engagement would inform the direction of a bi-regional board and track employment performance.

The team, pictured above, considered three potential risks: minimal impact, opposition to change, and funding sustainability. In response, they noted that the challenges could be mitigated by building it outwards for continuous review, refocusing its goals, increased outreach and communication to grow stakeholder buy-in and reassessing funding sources to balance regional needs.

Overall, the conference was a successful examination of current policy issues cutting across the Canada-US border. The participating teams provided an excellent contribution to ongoing policy discussions concerning the regulation of disruptive technologies to increase the resiliency of the labour market in both countries’ economies.

Harrish Thirukumaran is a 2019 Master of Public Policy candidate at the University of Toronto’s School of Public Policy and Governance. He completed his Honours Bachelor of Arts in Political Science with a concentration in Public Administration at Brock University. Some of his policy interests include international affairs, Indigenous policy and innovation and public policy. He has previously worked at all three levels of government in Canada, namely Indigenous and Northern Affairs Canada, the Regional Municipality of Niagara and the Ministry of Transportation Ontario.