Ontario’s social enterprise sector is booming, and it’s about time. As Canadian governments and businesses continue to invest in social initiatives and entrepreneurs, future innovation and economic growth is something we can all look forward to. But what exactly is a social enterprise? 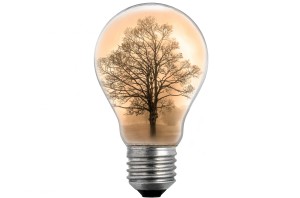 Broadly defined, social enterprises are businesses that exist to address social, cultural, environmental or economic challenges. Unlike a traditional for-profit model that aims to maximize profit, or a non-profit model that exists purely to create social value, social enterprises can be seen as a combination of both extremes. Indeed, several social enterprises live at the intersection of these two models, with many starting as either non-profit organizations and charities, or for-profit businesses. They may end up being non-profits engaging in for-profit activity to supplement the donations they receive, or profit-making companies pursuing not-for-profit community or environmental work. Ultimately, the core value of any social enterprise is to create social impact through the product and services they provide.

Because of their social impact aims, social enterprises are seen as an exciting business for socially-driven entrepreneurs, especially for youth who want to start a business while making a difference in the world. For example, EcoPackers, a social enterprise that develops eco-friendly peanut packaging using corporation bi-products, was founded by students from Enactus, a University of Toronto student group of 50 entrepreneurs. After partnering with McCain Foods Canada, which supplies the potato starch from which the packaging is made, the students plan to open a manufacturing facility in New Brunswick this year. Any profits will be reinvested in environmental awareness programs in elementary schools.

These types of initiatives driven by younger generations are no longer as uncommon as they were a decade ago. Governments are becoming increasingly invested in this growing sector. Although Canada has previously been criticized for its delay in recognizing the value of social enterprises, being roughly a decade behind countries like the U.S. and Britain, this is no longer the case. Last year Ontario launched its second five-year Social Enterprise Strategy, which outlines the province’s plan to help over 10,000 social enterprises develop solid business fundamentals, connect to markets and capital to grow, and promote the value of social enterprise to different sectors. More than $6 million is expected to be invested during the first year of this renewed strategy.

Of course, Ontario is not alone in its endeavour to expand the social enterprise sector. Last week, Nova Scotia announced its decision to partner with its Social Enterprise Network to help entrepreneurs develop and grow their business. According to the province, the social enterprise sector employed 3,000 people last year, paying out more than $83 million in wages and salaries. This investment will supplement the province’s $1.5 million investment in the sector last fall, and will be used to support two new projects that will focus on developing a portal where entrepreneurs can access resources and training, as well as conduct research into the economic and social value created by social enterprise.

Corporations are getting on board, too

In addition to governments, large corporations are also recognizing the importance of social innovation and entrepreneurship. Last month, Canada held its first ever nationwide Google.org Impact Challenge, which is competition designed to find and fund non-profits that are using technology and innovation to tackle social issues in Canada and abroad. From a pool of 900 applicants, 10 Canadian non-profits were invited to pitch their solutions to a variety of social issues such as hunger and the challenges faced by newcomers. The teams received a total of $5 million in funding, and will gain hands-on support from Google and the LEAP Centre to launch their final products.

The reason behind renewed efforts to invest in social enterprise is simple: social enterprises are growing at an astonishing speed, and in many cases, threatening the profits of large corporations. According to Paul Klein, the founder of Impakt and HireUp, this is due to several underlying factors. For instance, technology is allowing entrepreneurs to monetize social products and scale their businesses rapidly with limited personnel required. Social entrepreneurs also tend to operate without the constraints of head-office bureaucracy and mindsets, as they are often new businesses established by a small team of individuals focused on innovation. Since the core of a social enterprise is to enact social change rather than garner profits, they are often less focused on risk avoidance, which is the foundation for decision-making in most large corporations and can hinder innovation.

Despite the potential of social enterprises, some challenges remain. A 2016 report by Social Enterprise Toronto notes that one of the challenges facing social enterprises in Toronto is the lack of coordination and support between them, which limits access to capital, tools, and resources. Resolving these types of issues would enable social enterprises to better serve those facing the greatest barriers in society.

Given the proven economic and social benefits of social enterprises, governments and businesses should continue to support this sector, as well as the work of hubs that encourage the incubation of ideas, such as the Centre for Social Innovation, which aims to accelerate the success of social enterprises and amplify their impact through the power of co-working, community and collaboration. Fostering the emergence of new ideas and businesses with social impact goals beyond an academic setting will help Canada to maximize economic growth in this sector, while creating new opportunities for young, ambitious entrepreneurs.

Kelly is a Master of Public Policy candidate at the School of Public Policy and Governance, and a Junior Fellow at Massey College. She holds an Honours Bachelor of Arts with a Specialization in International Relations and American Studies from the University of Toronto. She has several years of experience editing publications, and was previously a Program Editor at the NATO Association of Canada. An avid traveler, her research interests include national security, intergovernmental relations, and the intricacies of policy implementation.