New developments around Canadian federal housing policy bring the nation to a crossroads in which we must ask: Is Canada ready and willing to take the steps necessary to end homelessness? A number of events and announcements from throughout November 2016 suggest that the answer could be ‘yes’.

The 2016 National Conference on Ending Homelessness

Nearly 1,000 Indigenous, Francophone, and Anglophone policymakers, funders, advocates, community leaders, frontline staff, and researchers, representing all regions of Canada descended upon London, Ontario from November 2 to 4. Their purpose: To imagine what it would take to create a future without homelessness in Canada. 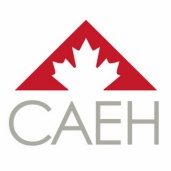 This was the Fourth National Conference on Ending Homelessness convened by the Canadian Alliance to End Homelessness, and the event saw nearly double the attendance of its inaugural year. The three-day conference was filled with back-to-back workshops and seminars with guest speakers, including Ontario’s Minister of Housing Chris Ballard, Olympian Clara Hughes, the Honourable Lieutenant-General Roméo Dallaire (Ret.), Dr. Marie Wilson, and Parliamentary Secretary on Intergovernmental Affairs Adam Vaughan. Over 70 people with lived experience of homelessness were among the attendees, sharing their stories and giving voice to the 235,000 people estimated to be homeless across the country each year. The event was educational, emotional, and full of optimism.

The broad range of those in attendance was indicative of a movement that is steadily growing across the country. The people gathered in the London Convention Centre were driven and determined, looking to one another for ideas, tools, and resources to take back to their respective communities, departments, or ministries.

Without A Home: The National Youth Homelessness Survey

The private sector has also joined the ranks of those pushing for an end to homelessness with endorsements from housing developer, The Daniels Corporation, and more recently, the Home Depot Canada Foundation’s (HDCF) commitment to addressing youth homelessness through The Orange Door Project.

On November 16, HDCF hosted a reception on Parliament Hill in Ottawa to announce the launch of Without A Home: The National Youth Homelessness Survey, the first national study on youth homelessness in Canada. HDCF has also announced a renewed 2-year $10 million commitment to preventing and ending youth homelessness, for a grand total of $20 million over 5 years. Home Depot Canada President Jeff Kinnaird, made it very clear that the company is dedicated to the issue for the long-run.

What was most incredible about HDCF’s reception was the mix of faces in the room. Over 60 MPs — Liberal, NDP and Conservative — came through to speak to representatives from community agencies, funders, the Canadian Observatory on Homelessness (COH), and nonprofit organizations, such as national youth homelessness coalition A Way Home Canada. Much of the conversation centred around the impacts of HDCF’s $10 million investment to date, and new survey data pointing to the need for federal focus on homelessness prevention. This message echoes recommendations made in the COH’s State of Homelessness in Canada 2016 report released on October 21 of this year.

Minister Jean-Yves Duclos, NDP Housing Critic Marjolaine Boutin-Sweet, and Conservative MP Karen Vecchio gave mutually reinforcing speeches about the need to address youth homelessness – a rare and truly wonderful thing to behold, with so much division and vitriol in the news about politics south of the Canadian border.

Change is in the air, and it doesn’t take much looking around to realize that the political climate in Canada feels a lot different than it did two years ago. The return of the long-form census and the renewed freedoms for researchers to share their findings is giving hope that data will be placed front and centre in federal policymaking. More recently, the federal government concluded a public consultation process for the National Housing Strategy (Let’s Talk Housing), showing a willingness to listen to advocates and frontline workers for recommendations on housing and homelessness.

After a decade-long dry spell of meaningful consultation, people have responded in droves.

On National Housing Day, the Honourable Minister Jean-Yves Duclos and the Canadian Mortgage and Housing Corporation released What We Heard: Shaping Canada’s National Housing Strategy, a summation of the 7,000 participants’ recommendations and feedback received between June and October of this year. First on the list of the key themes identified in these consultations is:

“Distinct housing needs of low-income and vulnerable Canadians, such as seniors, newcomers, people with disabilities and individuals and families at-risk of or experiencing homelessness.” (p. 9)

Admittedly, waiting for government action can be a painstakingly slow process. Activists and advocates are tired of talk and want action, having seen first-hand the human impacts of dwindling affordable housing stock and gaps in systems, such as corrections, health care, and child welfare, that can lead to homelessness. The sector is ready to shift gears, and many Canadian jurisdictions are already making changes on the ground to tackle homelessness in their own communities (see Medicine Hat, Alberta, Alberta’s Plan to Prevent and Reduce Youth Homelessness, and Ontario’s Long-Term Affordable Housing Strategy Update).

That being said, there are significant benefits to the federal government introducing incremental changes to the approach to housing and homelessness. As housing and inequality expert Dr. David Hulchanski notes, the ‘homelessness problem’ is inherently an affordable housing problem. Without addressing Canada’s significant lack of social and affordable housing stock, we could easily end up like France, where housing is a legally enforceable right, yet the supply of housing cannot keep up with the demands of those in core housing need.

And this does not mean that housing is the only area needing attention. With the Homelessness Partnering Strategy set to expire in 2019, the next two years must be a time for the federal government to learn about this complex fusion policy issue through consultations with people with lived experience, researchers, and the homelessness sector.

It is an exciting time to be working in this field, to no longer feel that years of research and advocacy work are falling on deaf ears. There is now a window of opportunity for the federal government to play a key role in bringing an end to homelessness in Canada and to become a global leader on the issues of housing and homelessness at a time when much of the developed world is taking steps backwards.

An end to homelessness in Canada would be ‘Real Change’, indeed.

Amanda Buchnea is in her final year of the Master of Public Policy program at the University of Toronto, with an Honours Bachelor in Social Development Studies from the University of Waterloo. When she is not researching collaborative systems solutions to complex social problems in school, she spends her time as Government Relations Officer at A Way Home Canada, Graduate Research Assistant at the Canadian Observatory on Homelessness, and Director of pro-bono policy consulting group the Public Good Initiative.

Amanda Buchnea is in her final year of the Master of Public Policy program at the University of Toronto, with an Honours Bachelor in Social Development Studies from the University of Waterloo. When she is not researching collaborative systems solutions to complex social problems in school, she spends her time as Government Relations Officer at A Way Home Canada, Graduate Research Assistant at the Canadian Observatory on Homelessness, and Director of pro-bono policy consulting group the Public Good Initiative. She hopes to one day work herself out of a job in the field of homelessness.