The fear of Islam and its followers is rising globally. With the United States presidential election looming ever closer, the steady “War on Terrorism,” a raging geopolitical war in Syria, a refugee crisis rampant across Europe, and the global security threat posed by ISIS, the world has been increasingly divided over one key demographic: Muslims. It is fair to acknowledge that Muslims are not a homogenous group; they are diverse in language, ethnicity, and culture. This fact only serves to complicate the conversation surrounding the globe’s 1.2 billion Muslims.

This was precisely the topic of interest at Banning Muslims? Explaining Xenophobia in the US and Europe, an event held at the Munk Centre of Global Affairs on October 7, 2016.  Without a single empty seat, and with a rush of hands at question period, this was obviously a conversation in high demand. Leading scholars currently working in this issue area guided the conversation, including two Associate Professors of Political Science and Public Policy from the University of Toronto, Chris Cochrane and Phil Triadaphilopoulos; Randall Hanson, Director of the Centre for European, Russian, and Eurasian Studies; and Anna Korteweg, Associate Professor and Chair of Sociology Professor at the the University of Toronto. The talk was moderated by Brian Stewart, a distinguished Senior Fellow with the Munk School of Global Affairs. Each speaker focused on one main question: Why are some countries experiencing a backlash against Muslims and refugees, while others have maintained a welcoming and tolerant attitude?

Why are some countries experiencing a backlash against Muslims and refugees, while others have maintained a welcoming and tolerant attitude? 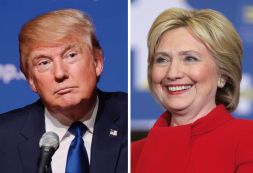 In the U.S. for example, the current presidential debate has been dramatically divided over the “Muslim question.” Donald Trump is proclaiming an outright ban on all Muslims entering the US, while Hillary Clinton has denounced such proclamations, not only as xenophobic, but “dangerous” and “demagogic”. In Europe, there has been a similar divide. Germany’s Chancellor, Angela Merkel, has opened Germany’s doors to refugees who have made the perilous journey across the Mediterranean in search of safety. Other European responses to the influx of refugees have not been so kind. Xenophobic backlash, supported by right-wing political parties, has included an increasing pressure for anti-immigration policies, as well as banning religious symbols associated with Muslims, like the hijab, burkas, and burkinis. Despite our perceived Canadian politeness and political correctness, our own response has similarly been mixed. Alan Kurdi, one of the thousands of children who drowned while crossing the Mediterranean Sea, incited the federal government in Ottawa to respond by promising to resettle 25,000 Syrian refugees. Conversely, the passing of Canada’s highly controversial Anti-Terror Bill-C-51 (2015) and Quebec’s Charter of Values-Bill 60 proposal (2013), as well as the highly contested Niqab debate in 2011, have seen both support and detraction due to their being perceived as targeting Canadian Muslims.

The panel’s response to this divergence rested on a number of factors. Phil Triadafilopoulos suggested that there is a sense of uneasiness; Americans and Europeans feel that the socio-religious fabric that undermines the “bedrock of Christianity” upon which their countries were built, is changing. In Eastern European countries, like Poland and Hungary for example, anti-Islamic sentiment is thriving. Randall Hansen suggested that these sentiments are still very much bound up with historical grievances with the Ottoman Empire. In other parts of Europe, declining economic opportunities, widening income gaps, and high unemployment rates create a situation ripe for right-wing populism to target immigrants and refugees. The Brexit results underscore just that. The majority of those who voted to leave the European Union were over 65 years old and in general viewed feminism, immigration, social liberalism, globalization, and multiculturalism as a force of ill.

Given this socio-economic context, Chris Cochrane argued that it is important to acknowledge and validate people’s economic and security concerns with growing unemployment rates and increasingly breached borders across Europe. For Cochrane, the question of importance was in addressing whether there is evidence to suggest that Muslims are less capable of integrating into Western society, an assumption that heightens anti-Islamic sentiments. He argues that with second and third generation Muslims, the high degree of labour participation, political activism, and civic engagement empirically illustrates that the answer is unequivocally NO.  However, Anna Korteweg suggests that the continued identification of Muslims with other countries marginalizes those who are in reality deeply imbedded within the country in which they live. The rhetoric of needing to integrate a “them” into a “we” becomes highly problematic. As terrorism becomes synonymous with Muslims, people internalize the belief that violence is exclusive to Muslims. Non-Muslims begin to see other forms of violence, historically and contemporarily, as inherently different than “Islamic” violence and terrorism. 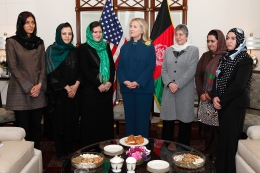 There are real benefits for politicians to either ramp-up xenophobic, racist, and anti-Islamic sentiment, or to support social inclusion and diversity. In the U.S. election for example, immigrant communities are seen as swing voters, which could explain Hillary Clinton’s vocal support for those communities. Donald Trump, conversely, has given a strong voice to a segment of society that is increasingly feeling the loss of economic opportunity, and is weathering social, economic, and political instability. The political reward is well illustrated by the extremely tight race between Clinton and Trump.

Given that the world’s 1.2 billion Muslims will continue to exist, and that Islam is in no way a waning religion, the discourse on the intersection of Islam with its local and global neighbors will need to continue. However, in a post-factual world, we need to acknowledge the way that discourse has changed, and the way that media has negatively influenced it. Instead of “broadcasting” we have an era of “narrowcasting,” where right-wingers only subscribe to right-wing media and vice versa. We need to open up discourse to have respectful dialogue across ideological boundaries. Better yet, as Anna Korteweg suggests, we need to stop speaking about Muslims altogether and instead focus on the persistence of global economic inequalities that allow us to target particular groups, and allow space for the existence of xenophobia.

Nalisha Asgarali is a Master’s of Public Policy Candidate (2018) at the School of Public Policy and Governance, University Toronto. She holds an Honours Bachelor of Arts degree from the University of Toronto in Political Science and International Relations. She also holds a Master’s degree in Environmental Studies from York University (2012). Her policy interests include immigration and refugee settlement, diversity and equity policy, international affairs and intergovernmental relations.